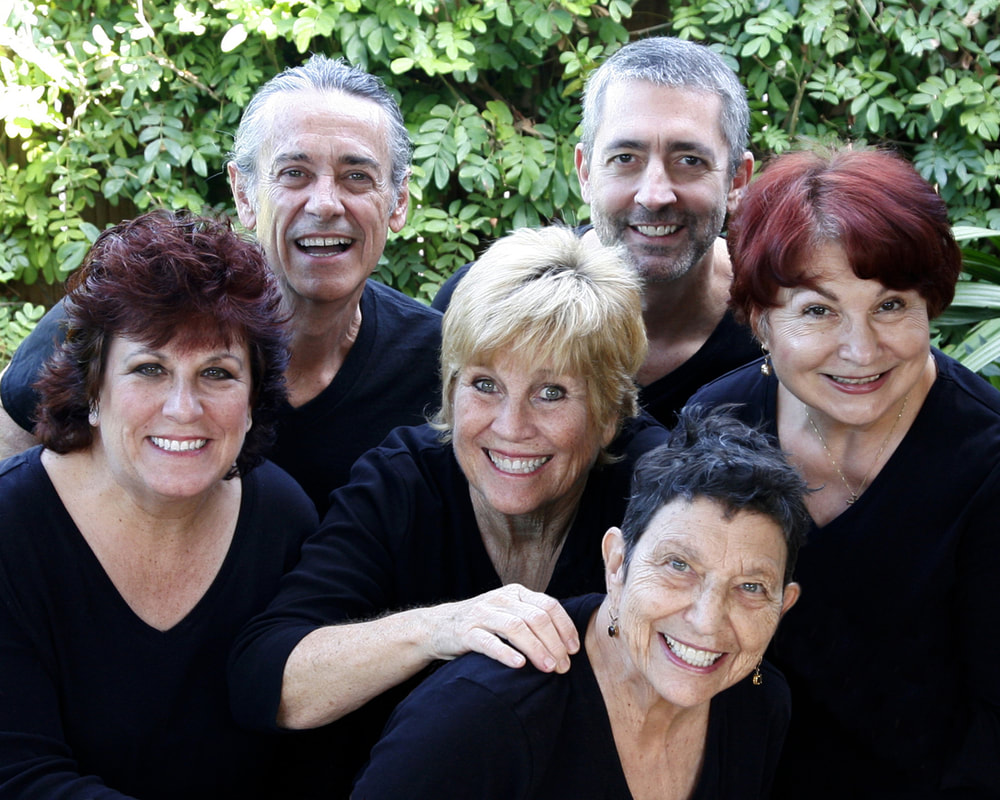 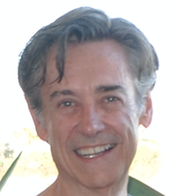 David Brooks
Artistic Director
​
David is a founding member of The Improvables who can often be seen in theatrical productions throughout the Coachella Valley. He started coming over to Kate’s living room to play games in those early days. He found it to be great fun and great therapy. “We just played like kids on a playground. After a while some of us really bonded, formed a troupe and became the Improvables! We've grown and morphed but we’re just fun-loving folk trying to get a laugh.”


Why do you do improv?
I love performing in general, but improv really puts me in the moment and I like being present. I also love the principles of improv, especially saying “Yes, and...” The ideal is for each player to provide gifts to the others. To which you reply, “Yes. I accept your offer and I add to it!”

I also like to play a lot of characters and really love trying out new things. I have a few favorites but I even surprise myself with who shows up sometimes. Each scene is new!

What’s your favorite improv game?
I love I Am a Tree because in that game anything is possible. It starts with a very simple idea and allows the players to use their own imagination to create whatever world they want to see. But my favorite game right now is Opera. We have to sing all the lines as if we were in an opera. It’s full of magic and mystery and, of course, drama! I love that it’s so energetic and fun and bigger than life. And sometimes we actually sound quite good!

I do love the games of short form improv–the theater games. But I enjoy aspects of both long form and narrative improv too. They all use different skills and they all make me better as an actor.

What has been one of your favorite moments on the improv stage so far?
I love the moments that are so hilarious even the actors can't help but laugh at themselves but nobody cares cause it's just so damn funny.

What do you find most challenging about improv in general?
The hardest part about improv is staying out of my head. I can be extremely cerebral. Improv allows me to be in the moment and centered, and I can act or react more from the heart than from the brain. The brain has a lot going on and can be full of doubt and questions or second guessing, but the heart is now, present, and free.

Do you have any improv idols? People you really admire?
I love Colin Mochrie and Ryan Styles, Jeff Davis, Chip Eaton. Victor Borge did a lot of improv. Sid Caesar was great, too.

Anything else you want to say about you & improv?
People wonder how we practice improv. It's like dribbling or doing other fundamentals. You need to know your way around the court before the game. Some things work better than others, some games have different sets of rules, and it's always about exploration. We’ve been so lucky to have had such wonderful and talented cast members. 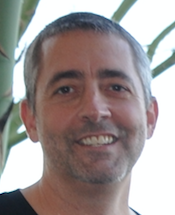 Mike is an advertising/marketing copywriter originally from Boston. He moved to the desert in 2014 after 13 years in San Francisco. A Navy vet, he also studies French and has published several personal essays.

Why do you do improv?
I love the combination of creativity, adrenaline, terror, and instant, honest feedback. I’m a person who has always forced himself to go out of his comfort zone. Yet I realized one day that I hadn’t done that in a long time, so returning to improv seemed the perfect way to put that element back into my life. A lot of things about improv mirror what I do in my job every day: developing concepts, creating something out of nothing, storytelling, presenting in front of an audience, hoping it works. So in that way it’s quite comfortable; a natural fit. Yet it can be anything but predictable or comfortable when you’re in a scene and have no idea what’s coming next. There’s a wild excitement to that. Improv makes me feel alive; like I’m doing something that matters. Even when it’s silly or a little dirty, or even if it falls flat, it’s important. It matters to be out there, as a human, in front of other humans, telling my truth and reflecting our collective truth. I think people recognize and appreciate that.

How long have you been with The Improvables of the Desert?
Since October 2015.

What’s your favorite improv game to play?
Oh, that’s a toughie. I love so many of them and we’re constantly trying different games that catch my attention. Currently, it’s probably Information Desk. I also love Radio.

Which game do you find most challenging to play?
Time Warp was a bitch to get comfy with, but I feel good with that one now. I always find the singing ones hard–anything where I have to sing. It’s not about my singing voice, which is nothing great but passable. It’s having to come up with rhyming words around a specific idea in the framework of a song that has time pushing it forward. You can’t pause because the music doesn’t pause. You really have to think ahead and be on your best game to make up songs on the fly. It’s terrifying.

What do you find most challenging about improv in general?
Letting go. I’m a super-organized person, especially in my job. I usually call the shots and people look to me for the vision and the answers. I embrace that role. But that’s just the opposite of what you have to do with improv. You absolutely must let go, trust your fellow players, and go with the flow. Letting go works every time--- no question it yields the best results onstage. But it’s a lesson one must learn every time one steps onstage. [And by “one” I mean “me.”] Ironically, when another player fails to let go, I can spot it from a mile away.

What has been one of your favorite moments on the improv stage so far?
When one of our troupe veterans drew a blank in our scene and I was able to push us forward and get us to an honest place that turned out to be really entertaining.

Do you have any improv idols? People you really admire?
My friend Stephen Kearin, who co-founded Impro Theater in LA, is just an amazing talent. So quick and hysterically funny. He can crack me up with an arched eyebrow. I wish I had half the talent he has in his pinky. And of course the dynamic trio of Tina Fey/Amy Poehler/Rachel Dratch. They are goddesses in my book.

Is there any performance-related or life-related quote that means something to you that you might like to share with folks? A personal philosophy?
You can’t win if you don’t play. Socrates didn’t say that; I did.

Anything else you want to say about you & improv?
You meet the nicest, most engaged, loving and open people when you do this. It’s a blessing in so many ways. I think everyone should try it in some capacity, at some point in their life. It’s the only thing I know of where, basically, there are no wrong answers. When you look at it in that light, how can you not love it? 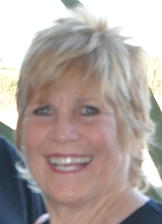 ​Lin is a Los Angeles native who got bit by the performing bug early on. She has studied acting/directing at various schools and appeared in the fourth episode of the classic sitcom All in the Family. After spending several years as a successful lounge singer, she now works as a landscape designer. She recently finished her second novel, a sequel to her popular Soiled: A Shannon Patrick Landscape Mystery.

Why do you do improv?
Insanity. No, really, I love being silly and thinking on my feet.

How long have you been with The Improvables of the Desert?
Almost from the beginning. I attended Kate's class and never left—about three bizarre years.

What’s your favorite improv game to play?
I love them all, especially Freeze and Genres. Except for Omit A Letter, or anything alphabetical (they think I'm letter-challenged).

Which game do you find most challenging to play?
Any game with a lot of rules.

What do you find most challenging about improv in general?
Listening

What’s the funniest thing that ever happened to you during a performance?
Being speechless.

What has been one of your favorite moments on the improv stage so far?
Oh, wow...whenever I get a big laugh.

Do you have any improv idols?
All the Whose Line folks and Saturday Night Live peeps.

Do you have any specific characters you especially love to do?
Any who are totally different from me.

Is there any performance-related or life-related quote that means something to you that you might like to share with folks? A personal philosophy?
Such a deep question! The "Yes, and..." philosophy, which says to accept what comes your way and make the most of it!

Anything else you want to say about you & improv?
I'm so grateful that I stumbled into this. It really opened my creative juices. I wrote a mystery novel and got it published! 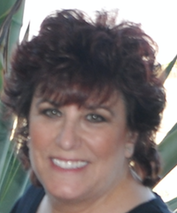 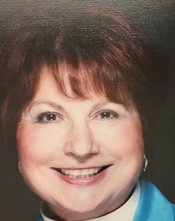